What follows is basically a reworking, a compilation, of some posts I wrote over five years ago for another site.


Most of you are no doubt aware that the front sleeve design of Elvis' first album was used as a template for the front cover of The Clash's third album, "London Calling", in 1979.

Here are the covers of both albums. For the Elvis one, I have chosen the rare Mexican version, for a change :

But what is not so widely known is the fact that the first single to be released from "London Calling", which coupled the title song with the non-album track "Armagideon Time", also included a visual mention of Elvis' debut album.

That 45 sleeve featured a vintage looking design of a couple listening to records, with several album covers spread all around them.

From left to right, we can see the debut albums of The Beatles, The Sex Pistols, The Rolling Stones, The Clash, and Elvis Presley. As a bonus, they also featured the back cover of Bob Dylan's sixth album, "Highway 61 Revisited" :


We all know how the uncropped Elvis photo looked like, but here's the uncropped photo showing Clash's bass player Paul Simonon while he smashed his instrument.

The photo was taken by English photographer Pennie Smith, at The Palladium, New York City, on Friday, September 21, 1979 :


A couple of neat photos of Strummer and Simonon :


And finally, as a bonus, one of Bruce Springsteen with a very similar, if not identical, t-shirt :


Springsteen Elvis.jpg
You do not have the required permissions to view the files attached to this post.
Top

I find few things as satisfying as great rock heroes who respect, acknowledge and pay due homage to their predecessors.
Top

I find few things as satisfying as great rock heroes who respect, acknowledge and pay due homage to their predecessors.

I can only agree with your statement. 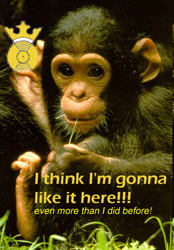 For those that can get it, on Film 4 on Monday at 1.15am, Joe Strummer: The Future Is Unwritten.
Top

John wrote:For those that can get it, on Film 4 on Monday at 1.15am, Joe Strummer: The Future Is Unwritten.

That's such a wonderful documentary. I've just noticed, it's also viewable on YouTube. I should re-watch it one of these days.

Hard to believe Strummer passed away almost 17 years ago. It was quite a shock. He was only 50.

I still have somewhere that full size newspaper page that replicated the front cover design of the "London Calling" LP, but with a black and white photo of Joe, as a tribute to him when he died.
Top


Clash LC.jpg
You do not have the required permissions to view the files attached to this post.
Top

Another close up of joe.
You do not have the required permissions to view the files attached to this post.
Welcome to my world
http://uk.youtube.com/user/elvislady

Long Live Joe Strummer.
It was a joy to be around when The Clash were performing live - and to know that they appreciated ELVIS!
At the time of punk Elvis was hardly putting out revolutionary music and Elvis' importance in the scheme of Rock'n'Roll was getting lost.
Great photos - thanks.
On radio Joe Strummer said his favourite Elvis track was 'Crawfish' of all things.
I thought that very amusing.
Cheers
Piers
Top
Post Reply
8 posts • Page 1 of 1

Return to “Everything Elvis”