image.png
You do not have the required permissions to view the files attached to this post.
Don't take yourself too seriously

Frankie and Johnny US lobby cards

Sources: moviestillsdb.com, heritage auctions
You do not have the required permissions to view the files attached to this post.
Don't take yourself too seriously

image.jpeg
This acknowledgment letter, dated April 13, 1965, from Edward Small of Admiral Pictures and agreed to by Robert Blumofe of United Artists Corporation, was sent to Elvis Presley care of the William Morris Agency. It states that principal photography for Frankie & Johnny will begin the week of May 24, 1965, and pre-recording of the musical numbers will begin on May 12, 1965, in accordance with Elvis’ employment agreement. Colonel Parker and Metro-Goldwyn-Mayer Studio have been carbon copied at the bottom. This copy of the letter agreement bears an original bold blue ink signature by Elvis Presley indicating “receipt acknowledged.” Distributed by United Artists in March 1966, the production budget for Frankie & Johnny was $4.5 million dollars. In this musical film, Elvis plays a riverboat gambler who finds himself caught in a romantic tangle that almost costs him his life. The one-page letter agreement, measuring approximately 11 by 8 1/2 inches (27.94 x 21.59 cm), is accompanied by a letter of authenticity from Graceland Authenticated.

Source: http://auction.graceland.com/april_13__ ... ot728.aspx
You do not have the required permissions to view the files attached to this post.
Don't take yourself too seriously

Elvis Presley wore this black leather vest in many of his promotional photographs for his 1966 film, "Frankie and Johnny." The vest was created for Elvis by Western Costume Co. to wear in the film, but he ended up wearing several other vests, and not this one. However, Elvis did use it heavily in promotion of the film, and some of these promotional photographs accompany this lot. The Western Costume label has "No. 2508-#2" with "Elvis Presley" typed on the name line and "Chest 42" typed on the appropriate line. The inside of the vest is lined in red and is stamped "Western Costume Co." Elvis gave this vest to his close friend Richard David who in turn wore it, or a very similar one, in the 1970 MGM film, "Elvis That's The Way It Is." Davis is seen in several scenes of the film as he was Elvis' valet at the time.

Source: http://www.gottahaverockandroll.com/mob ... western_co
You do not have the required permissions to view the files attached to this post.
Don't take yourself too seriously

Apologies if this has been posted elsewhere. Drop me a note and I'll edit this post!

The Frankie and Johnny story
By Gérard HERZHAFT

Unlike what is widely acknowledged, American Folk Songs are not always coming from folk traditions which would have been carried through space (from Europe to America) and generations. A lot of folk songs (and many many blues songs as well) come in fact directly from nineteenth century writing workshops like Thomas Harms' or Whitmark & Sons, situated in Manhattan, New York on the 28th Street between Broadway and Sixth Avenue, an area that reporter Monroe Rosenfeld will call "Tin Pan Alley" because of the ceaseless noise generated by dozens of pianist composers who were working there. Thousands of songs poured over the years from those workshops to supply fresh songs to innumerable Vaudeville Theatres and their constant new shows. Very often, those songs had to deal with news items (crashes, murders, great performances, disasters...) that were widely known across the country but that no one had actually seen (no TV or smartphones at that time!)

Frankie and Johnny or Frankie and Johnnie or Frankie and Albert tells a true drama that occurred on 15 October 1899 at Saint Louis, 212 Target Street. This early evening, a young African-American woman Frankie Baker (1876-1952) took her gun and shot to death her very young (17!) lover Allen (better known as Albert) Britt because he had conspicuously cheated her with a one night dance queen Nelly Bly! During her trial, Frankie Baker and her very wise lawyer demonstrated that Frankie was in fact in self defence because Albert who had anyway a very bad reputation first tried to assault her with a knife! Against all odds, Frankie Baker was acquitted under the applauses of the audience and even of the jury!

Frankie Baker showing the place where she shot her lover in St. Louis (photo taken in 1935)

image.jpeg
A few weeks after the trial, a local Vaudeville singer Bill Dooley composed a song, Frankie killed Allen which evolved quickly to become Frankie and Johnny, a song first copyrighted in 1904 by Tin Pan Alley's pro Hughie Cannon who added the famous chorus line "He done her wrong..." The enormous success of the song can be witnessed by the many versions copyrighted the following years, particularly Frank and Bert Leighton's 'Frankie and Johnny' from 1912 with the usual now well known lines and the appearance of Nelly Bly on the song. In 1925, 'Frankie and Johnny' is listed in Dorothy Scarborough's On the trail of Negro Folksongs and in 1927 in The American Songbook by Carl Sandburg who searched also previous possible versions of this theme.

As for Mrs Frankie Baker, after her trial, she stayed in the Saint Louis area where the murder had occurred. She witnessed unbelievingly for a long time the huge backwash of her story. She will try several times but with no results to get some parts of the enormous copyrights the songs, the films, the plays had generated. She will anyway be interviewed several times by local and national newspapers and radio stations and will even be part of a regular tour of Saint Louis where she was showing and explaining to visitors where, why and how the famous incident had occurred! As she was getting older, she left Saint Louis for Portland where she died in 1952.

The offered June Kelly promotional print was the premium included with Elvis Presley’s 1966 Frankie and Johnny soundtrack album. The 12-track album was released in March 1966 to coincide with the release of the Elvis movie by the same title set on a Mississippi riverboat. Elvis portrays Johnny, the habitual gambler whose bad luck leads him into misfortune while his good luck saves him in the end. These promotional prints depicting Elvis in costume from the film set against a yellow background were included as a bonus with the first stereo album release. This example of this bonus premium is signed by Elvis “To Clell Thanks Elvis Presley.” The original bonus print measures 11 3/4 by 11 3/4 inches (29.85 x 29.85 cm) and is accompanied by a letter from Rich Consola and by a letter of authenticity from Graceland Authenticated.

Source: http://auction.graceland.com/1966__em_F ... T2320.aspx
You do not have the required permissions to view the files attached to this post.
Don't take yourself too seriously

image.jpeg
www.memphismansion.com
What a great place to visit, it really is.
Top

image.jpeg
www.memphismansion.com
What a great place to visit, it really is.
Top 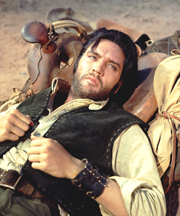 Deleted – information can be found elsewhere on the forum

Deleted – information can be found elsewhere on the forum

Users browsing this forum: No registered users and 2 guests