The sound clip has expired now. 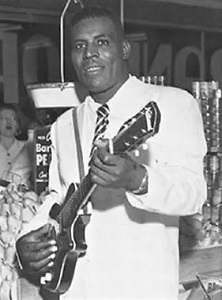 colonel snow wrote:These tracks are mentioned in an old Dutch fanclub magazine from early 1978 in an article about unreleased songs. The writer is a reliable source although I don’t know where his information originates from. I’ve listed the songs in alphabetic order (added the original version):

Meanwhile we know: It was not recorded by Elvis. A try-out was done on 1 sept. 1956 after the abandoned recording of Paralyzed.

The girl’s got the right to cry
No information.

Meanwhile we know: In 1966/67 Elvis made a home recording but until now it is not released.

This was discussed back in January :

Thanks Mister Moon; sometimes I come across interesting information. I work out the information and I post it here. I've not checked all old posts about this subject. It could be interesting for new members. Due to double posting I've deleted the post.

When I look back to rejected songs # 1-2-3- 4 it seems there's not much left to add in these chapters anylonger! Maybe new information comes to daylight in the future?.

According to an unconfirmed story Elvis wanted to record the song around 1959; he was not able to locate the singer / to get the rights.
Later on he gave the demo-acetate to his father.

Could this be the Dolly Parton song, "Jeannie's afraid of the dark"?
Top
Post Reply
41 posts

Return to “First In Line”